To install, upgrade, or configure Armory 2.23.0, use one of the following tools:

Armory scans the codebase as we develop and release software. For information about CVE scans for this release, contact your Armory account representative.

Breaking changes are kept in this list for 3 minor versions from when the change is introduced. For example, a breaking change introduced in 2.21.0 appears in the list up to and including the 2.24.x releases. It would not appear on 2.25.x release notes.

Spinnaker no longer automatically appends a unique suffix to the name of jobs created by the Kubernetes Run Job stage. Prior to this release, if you specified metadata.name: my-job, Spinnaker updates the name to my-job-[random-string] before deploying the job to Kubernetes. As of this release, the job’s name will be passed through to Kubernetes exactly as supplied.

To continue having a random suffix added to the job name, set the metadata.generateName field instead of metadata.name, which causes the Kubernetes API to append a random suffix to the name.

This change is particularly important for users who are using the preconfigured job stage for Kubernetes or are sharing job stages among different pipelines. In these cases, jobs often running concurrently, and it is important that each job have a unique name. In order to retain the previous behavior, manually update your Kubernetes job manifests to use the generateName field.

Previously, this behavior was opt-in.

As of Armory 2.22, this behavior is the default. Users can still opt out of the new behavior by setting kubernetes.jobs.append-suffix: true in clouddriver-local.yml. This causes Spinnaker to continue to append a suffix to the name of jobs as in prior releases.

The ability to opt out of the new behavior will be removed in Armory 2.23 (OSS 1.23). The above setting will have no effect, and Spinnaker will no longer append a suffix to job names. We recommended that 2.22 users note which jobs are using the old behavior and prepare to remove the setting before upgrading to Armory 2.23 in the future.

When you upgrade to 2.23.0 or later, you might encounter the following error:

The ManifestForceCacheRefreshTask task is no longer a required task when deploying a manifest. In earlier releases, forcing the cache to refresh was part of the deployment process for manifests. Because of this change, if a task was running or retried before the upgrade, the error shows up in logs as an exception.

Before starting, make sure that you have access to the Redis instance that Orca uses.

To resolve this issue, delete the message from the queue:

There is a known issue with Clouddriver that affects the performance of Armory Enterprise, causing it to consume more resources. This can lead to a situation where pods do not have enough resources to start.

To resolve the issue, cancel any zombie executions. For information about how to cancel them, see the Orca Zombie Execution runbook.

There is a UI bug related to the caching agent that prevents Lambda functions from being displayed in the UI when there are no other clusters associated with the Application. In other words, in order for the function to show up in “Functions” tab, there needs to be a cluster (such as an AWS ASG/EC2 instance) deployed for that application.

All the known issues from the previous release (v2.22.2) have been fixed:

You can provide helm/index as a type when specifying an artifact path.

In the artifact selection UI, you can use # after the artifact to indicate the version you want to use. For example:

The bundled Packer version has been upgraded to 1.6.4.

See the Use Canary Analysis with Dynatrace in Spinnaker guide for how to configure and use this new feature.

Spinnaker can assume a role into third party resources (delegated access) that require AWS external IDs. To configure an AWS provider, add the externalId property when specifying the accountId and assumeRole properties. For example:

The lambda.enabled key has now moved under features.

There have been several fixes for Launch Templates and for the Lambda provider. See the open source changelog.

This new stage was created in order to support various configuration settings for an app engine application. You can find these settings in Google Cloud’s Configuration Files content. 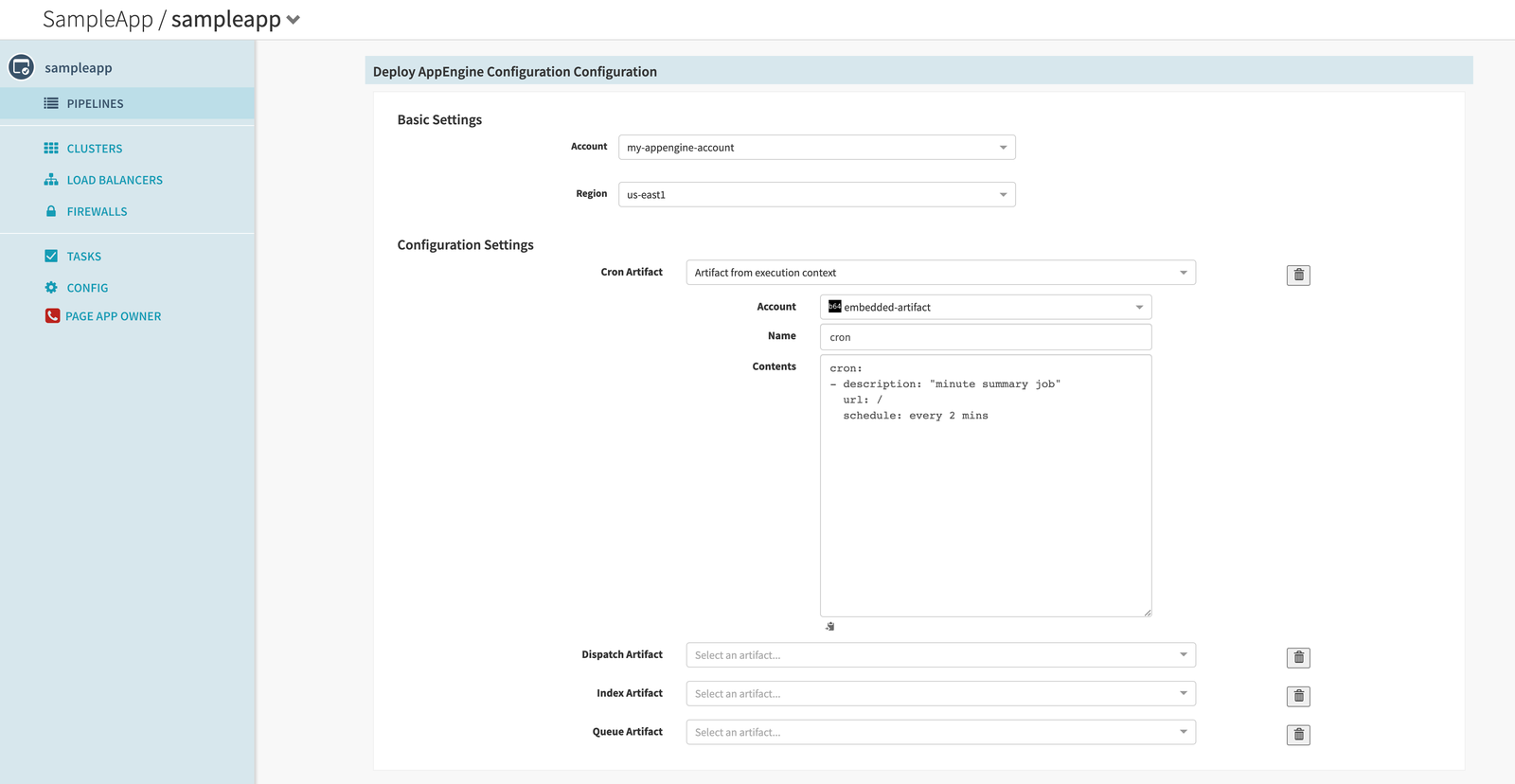 Spinnaker now supports the AWS cross zone load balancing setting. You’ll see a new checkbox in the UI when configuring NLBs. This is turned on by default for new load NLBs.

The v2 plugin framework is now in place! The V2 plugin framework simplifies configuration of plugins and includes many quality of life changes for plugin developers interested in making spring based plugins. See V2 Compatibility for details.

To turn on SSL, add an s to redis:// in the connection string: 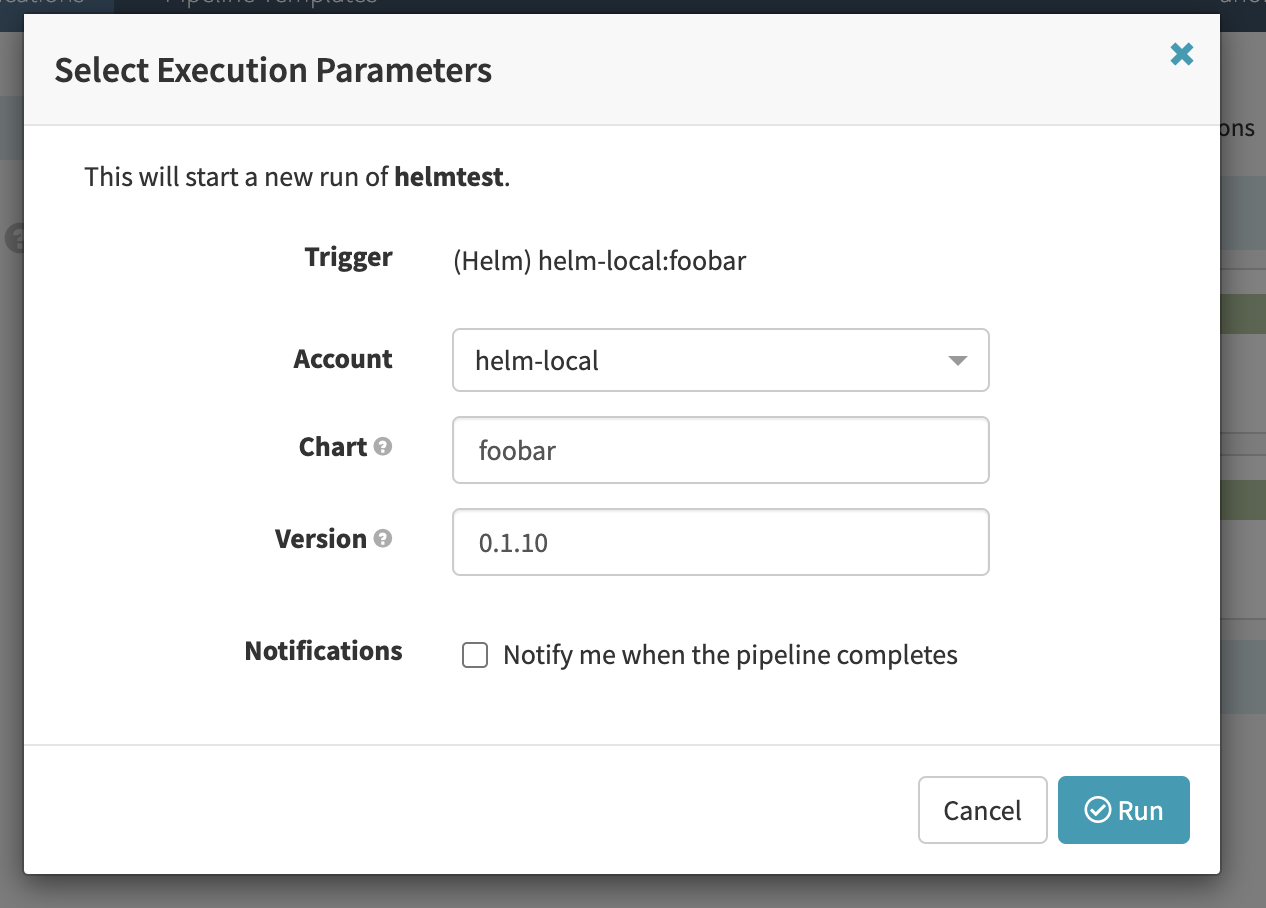 If multiple containers exist for a server group, pods get collapsed by default.

There have also been numerous enhancements, fixes, and features across all of Spinnaker’s other services. See the
Spinnaker v1.23.2 changelog for details.

Here’s the BOM for this version.