Armory Continuous Deployment is an enterprise version of open source Spinnaker. It is composed of several microservices for resiliency and follows the single-responsibility principle. It allows for faster iteration on each individual component and a more pluggable architecture for custom components. See the open source Spinnaker microservices overview for port mappings and a table of service interdependencies. 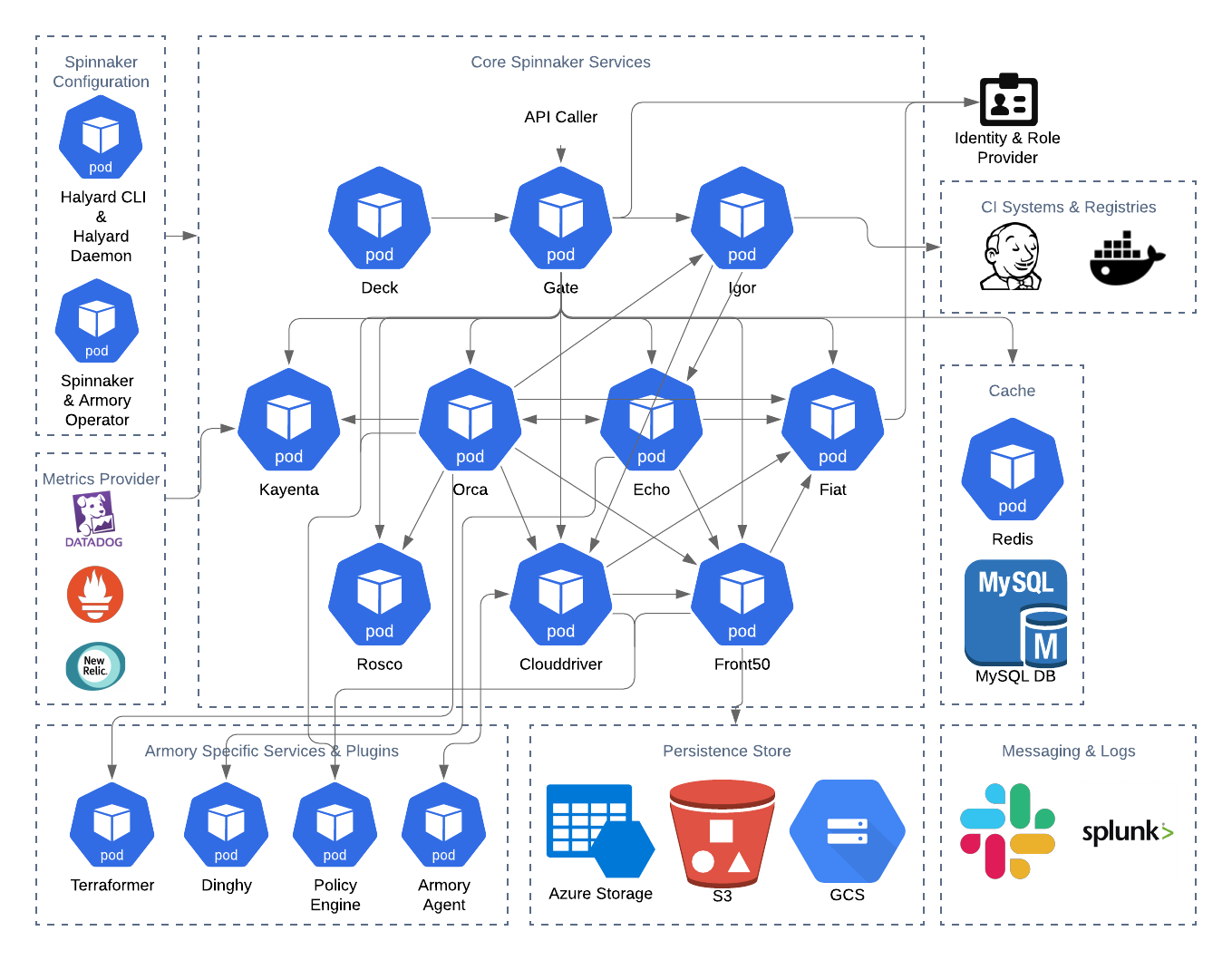 Clouddriver is a core component of Armory Continuous Deployment and facilitates the interaction between a given cloud provider such as AWS, GCP or Kubernetes. There is a common interface that is used so that additional cloud providers can be added.

Fiat is the microservice responsible for authorization (authz) for the other microservices. By default, it is not enabled, so users are able to perform any action in Armory Continuous Deployment.

The Armory Scale Agent for Spinnaker and Kubernetes is a lightweight, scalable service that monitors your Kubernetes infrastructure and streams changes back to the Clouddriver service.

The Armory Operator is a Kubernetes Operator that makes it easy to install, deploy, and upgrade Armory Continuous Deployment.