The information below was written for a previous version of Armory Spinnaker (v1.13 and earlier). Please look here for documentation on the latest version.

This guide should include:

Armory’s 1-click app/resource provisioning feature allows you to bootstrap a brand new application and provision the following resources for the app with the click of a button:

The above is just a sample list of steps that will happen during app provisioning. This list is extensible through configuration (explained later).

Note: The contents of the file /opt/spinnaker/credentials/github-creds.txt should be of the format: username:token for the github API. You can create a personal access token (in GitHub) that has read/write access in the org where the new application will be created.

With the above config changes, once you redeploy Armory spinnaker, you should see a navbar on top that looks like this:

Clicking on the Create App button on the top right corner should bring up a modal that will allow you to select a template, enter an application name to provision the app: 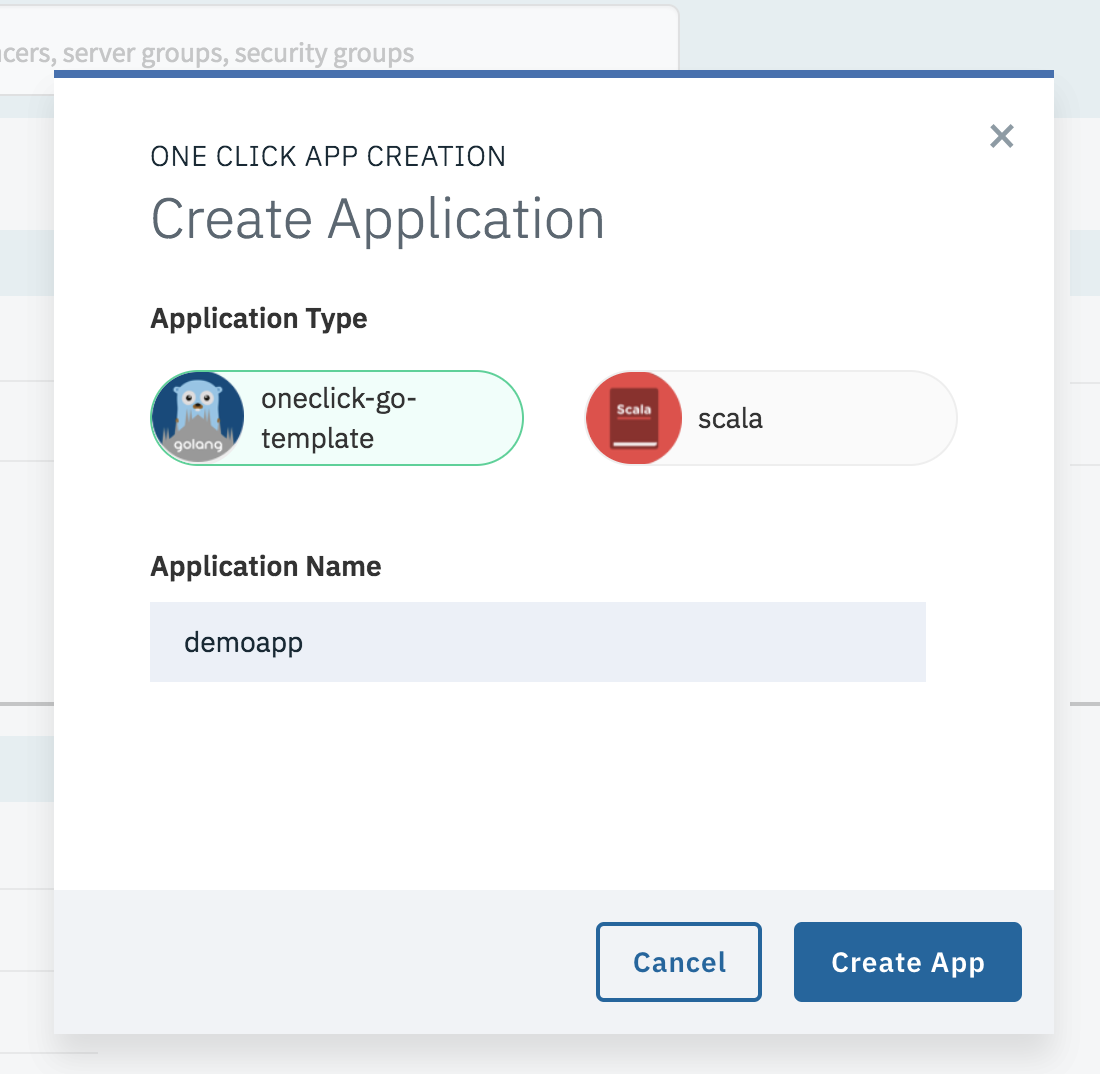 By default, the 1-Click App Creation performs the following tasks:

The follwing is a sample config/oneclick-local.yml template that can be used to customize/override defaults. Points to note: